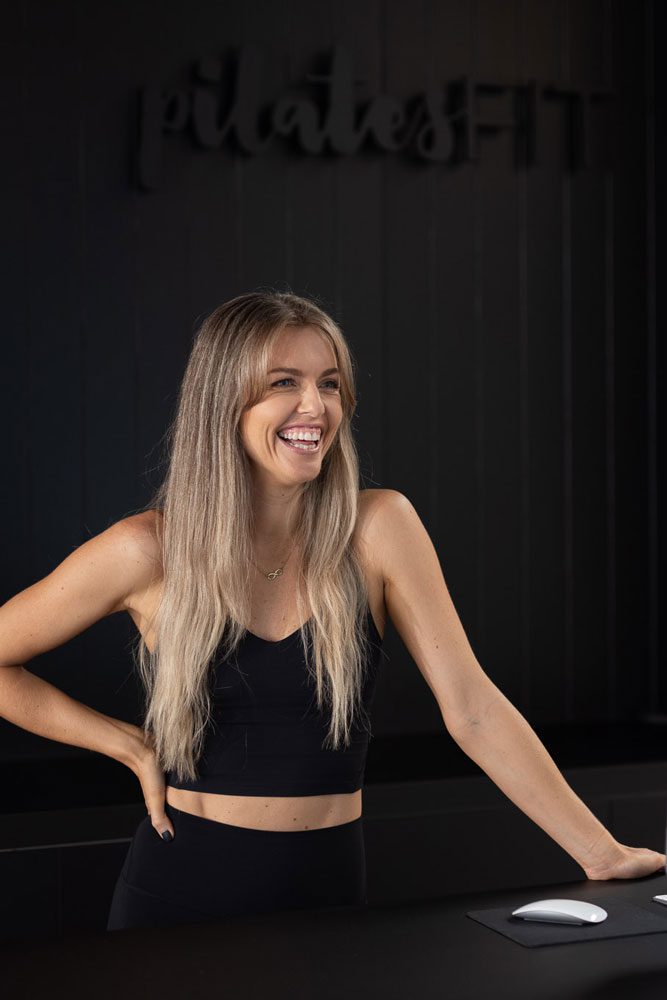 With a huge passion and the aim of creating a space for others to enjoy moving their bodies through fun and effective Pilates based sessions, Chelsea began working from her home based studio and in addition, she travelled to various businesses throughout Auckland to teach.

Chelsea’s method of teaching quickly gained popularity through word of mouth, and it became clear people were craving the relaxed environment and challenging workouts that were unlike other Pilates offerings at the time.

In 2016 the Hobsonville Point studio opened and has since become a thriving space and community for it’s clientele. In February 2021, pilatesFIT relocated to Catalina Bay – 2minutes from its previous location.

We believe creating stronger bodies and healthier minds is about more than just the workout so we bring to you, a studio that is welcoming, high energy, motivating and stylish. A space where you will be encouraged to connect the mind & body but also challenge yourself that little bit more as you feel a deep burn and let your body reach the shake zone.

Our sessions are fitness-based and as addictive as they are effective so start your pilatesFIT journey now to see what all the fuss is about!

We recommend attending pilatesFIT sessions regularly and consistently depending on other forms of exercise you may be doing. A minimum of 1 class per week or 3-5 classes to see and feel maximum results. “…I’ve become stronger, fitter and more flexible, however more importantly I have a healthier mindset about self care. Chelsea and the PilatesFit community are supportive and welcoming, our classes are fun but seriously challenging (the burn is real) and I look forward to each and every session!”   – Nicole T